Vision Optique was proud to be the presenting sponsor for MCLIMS (Mandarin Chinese Language Immersion Magnet School) Chinese New Year Festival! A fun day was enjoyed by all!

Dr. Owens and his daughter Reagan after completing the Alamo Ride to the River – San Antonio MS150. Not quite local but worth the mention!

The Hawks having fun with our sunglasses after filling up on ice cream!

Dr. Owens and Angie during the MS150

Team Socceroo enjoyed last game of the season on a beautiful fall day, followed by celebration at Turlingua’s.

Team Greece celebrated with a party at coach Basil’s home.

Team Socceroo and Team Greece; cooling off after a great game during our ice cream social.

Dr. Lee and Vision Optique is proud to sponsor her girls in their first WUSL teams. 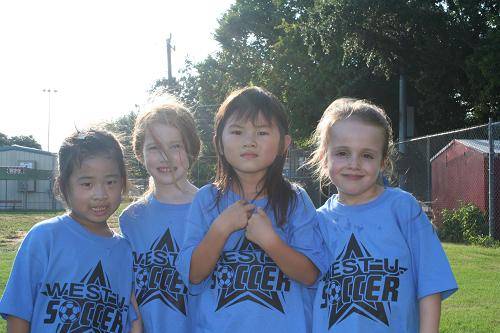 We also proudly sponsor West University Little League team – The Mudcats and recently treated them to an ice cream social. Have a great season filled with sweet success…Go Mudcats!!!

We are a proud sponsor of the West University Softball Association girls team- the Ponies!! We wish them a successful season, full of fun, laughter and home runs. Good luck girls!

We are also a proud sponsor of the West University Little League RedSox. Keep your EYE on the ball and have a great baseball season.

Notes: Our staff will be pleased to answer any questions regarding exams, procedures, and frames.  Please contact us with any questions you might have.